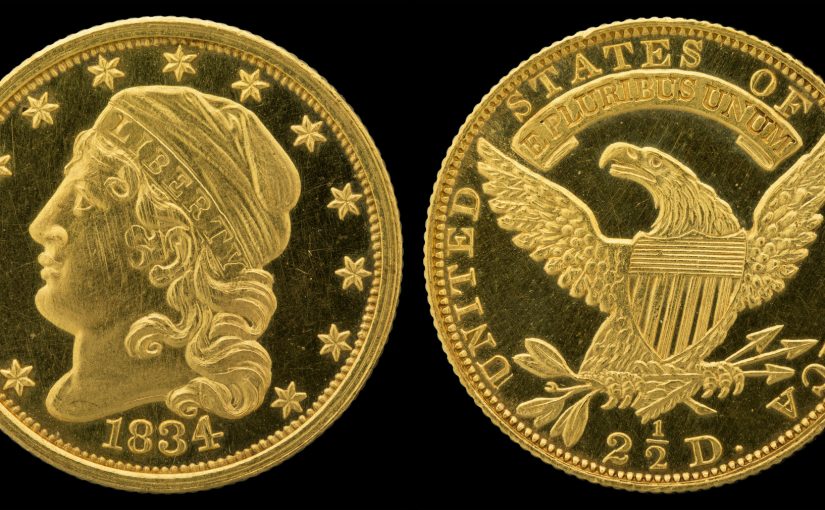 After the last Capped Bust $2.5 was minted in the year 1834, a new demand for the Quarter Eagle came as a surprise to US Mint officials. To answer the need for $2.5 coins, US Mint Chief Engraver Robert Scot used a design he borrowed from his Half Eagle in 1818. His old age and poor eyesight made him unable to create an original one.

The obverse features Miss Liberty facing left while wearing a mobcap inscribed with the legend LIBERTY across it. The headdress was commonly worn by 19th-century women. 13 stars surround the coin while the date is below Miss Liberty.

For the reverse, the Heraldic Eagle with the Great Seal on its chest is still featured while its talons are clutching an olive branch and three arrows. The legend UNITED STATES OF AMERICA encircles half of the reverse while the denomination 2 1/2D. lays under the Eagle. E PLURIBUS UNUM was purposely removed from the design in order to easily distinguish the ole and new issues.

Varieties and Mintages of the Capped Head $2.5

With Capped Head Quarter Eagles, there are no famous rarities noted. However, the 1838-C is noted as the most sought after in the series thanks to its low number of coins produced.