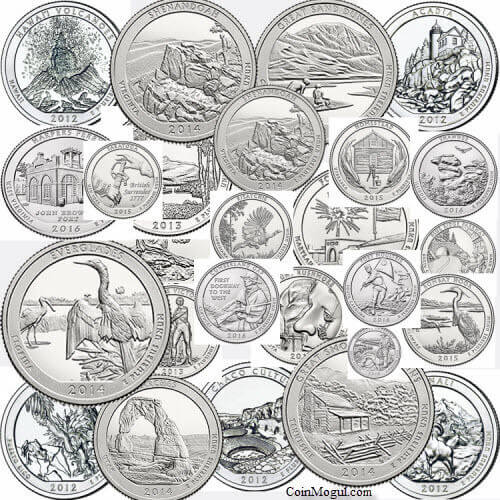 In 1795, the US Mint Director David Rittenhouse was succeeded by Henry DeSaussure. The aforementioned wanted to improve the design of the coin currently in circulation, so he appointed Robert Scot, current US Mint Chief Engraver of that time to get the designs ready. By the 31st of July of the same year, brand new $5 coins emerged as Half Eagles – the very first series of Gold Coins minted by the United States Mint.

As for the reverse, a small Eagle was holding a wreath on its beak while clutching on a palm branch. This very design of the Eagle was often referred to as the “Chicken Eagle” by numismatics nowadays. The Eagle is surrounded by the inscription UNITED STATES OF AMERICA and with no denomination. This design is known as the Type 1 Small Eagle Draped Bust $5 and was minted from 1795-1798.

The second type was dated from 1795-1807 and came to be known as the Type 2 Heraldic Eagle even if the new design for the reverse first appeared in 1797. The US Mint tried to save the leftover dies from the 1795 obverse die and used that on the new Draped Bust $5. As a result, there were some new $5 gold coins that had overdates on them.

The Type 2 $5 Gold Coin features a Heraldic Eagle with the Great Seal of the United States on its chest. It was clutching an olive branch and three arrows on its talons while a ribbon is seen on its beak with the legend E PLURIBUS UNUM written on it. Just above the head of the Eagle is an arc of the cloud surrounding 13 stars. The UNITED STATES OF AMERICA surrounds the Eagle and no denomination is marked on the coin.

All coins were minted in the US Mint in Philadelphia. The Draped Bust $5 has a reeded edge, weighs about 8.75 grams, are 25 millimeters in diameter and were made from 91.7% Gold and 8.3% Copper. Most Gold coins were melted by 1834 as the price for its bullion value exceed the coins’ face value. A population of Gold coins we have nowadays in very scarce and high-graded conditions.

Variations and Mintages of the Draped Bust $5

These were minted for four years – from 1795-1798 and with no Proof coins produced. The number of stars changed over the years on the obverse of the coin.

The second type of the Draped Bust $5 were date 1795-1807. Variations included small and large stars, and a different number of stars on both reverse and obverse.

All dates for the Type 1 Small Eagle $5 are considered scarce and valuable, with the 1978 Small Eagle $5 regarded as one of the most desirable among all US Gold Coins. Two interesting varieties of Type 1 are the 1796/5 overdate and the 1795 that has the last S in STATES was accidentally striked with a D so the Mint had to punch it again with the final S. one can buy PCGS-graded Type 1 Small Eagle Draped Bust $5 from $15,000.00 and up to $645,000.00.